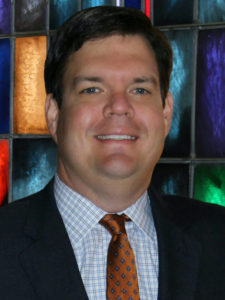 In May 1991, I was a 13-year-old seventh grader at Ballard-Hudson Middle School in Macon and had zero knowledge of or interest in Baptist denominational politics.

The small, semi-rural, super conservative Baptist church of my growing up years certainly did not talk about what had been going on in Southern Baptist life for several decades. In fact, I’m doubting that many folks there even knew something was brewing in SBC circles. Looking back, I feel certain that my obliviousness to the seismic shifts underneath the tectonic plates of the Southern Baptist Convention’s identity, ministry, and direction was shared by a great number of folks in most SBC church pews.

In May of 1991, as moderate minded Baptists from across the Southern Baptist Convention landscape gathered in Atlanta, a new entity was birthed into being. The emergence of the Cooperative Baptist Fellowship did not occur instantly or haphazardly. It was the culmination of a more-than decade long struggle against a strain of politically charged religious fundamentalism that had truly captured the hearts and soul of the Southern Baptist Convention.

Recalling the story and imagery of the exodus, the writer of Isaiah 43 declares that the Lord who was with the Israelites in Egypt is still actively working good into the world today.

Do not remember the former things or consider the things of old. I am about to do a new thing; now it springs forth, do you not perceive it? I will make a way in the wilderness and rivers in the desert. (Isaiah 43:18-19)

In delivering the Israelites from the bondage of slavery and oppression at the hands of the Babylonians, God calls the people to remember that God can always make a way out of no way. It was that deep-seated hope that was welling up in the hearts of those present at the Omni in Atlanta in May 1991. Through conversation and prayer, the decision was made to launch a new, different way of being Baptist: one that held tight to the traditional, historic Baptist principles that Walter Shurden would later describe as the “Four Fragile Freedoms” — soul freedom, Bible freedom, church freedom, and religious freedom.

These freedoms exemplified the very best of our people, Baptists, and they still do. Baptists do not need and do not practice a hierarchical church structure. Each congregation calls its own pastors, conducts its own business, engages its own missions, and equips its own saints for ministry in the local community and beyond. Baptists voluntarily cooperate with other churches, individuals, and organizations, like the Cooperative Baptist Fellowship of Georgia, for ministry and mission in their communities and beyond.

This year, the Cooperative Baptist Fellowship of Georgia will be celebrating and remembering that pivotal year in the life of moderate Baptists in the (mostly) South. Each issue of Visions this year will feature articles written by guests and supporters of CBF/GA as well as lists of resources to help readers explore more about the foundation and beginnings of CBF. In this issue, I am grateful that the Rev. Dr. John Finley, retired pastor of CBF/GA partner congregation, First Baptist Church, Savannah and current Executive Director of the Baptist History and Heritage Society, will be detailing the underlying issues and moments in Southern Baptist life that led to the 1991 meeting that would, by its close, inaugurate the Cooperative Baptist Fellowship.

As CBF celebrates its 30th anniversary this year, I hope you’ll find the articles and resources helpful as we remember and celebrate our beginnings. It’s been a good thirty years to be Cooperative Baptists and our future is bright and filled with hope.

Speaking of future, we hope you’ll enjoy these issues of Visions because next year, the Cooperative Baptist Fellowship of Georgia will celebrate its 30th anniversary as well! It’s a great time to a be a Cooperative Baptist, and we’re glad that you are cooperating alongside us!